Many intended parents who struggle with the issue of infertility find themselves in need of egg donations in order to have children. Women all around the world realise this and donate their valuable eggs to those who, for different reasons, are unable to produce them by themselves. However, something that is not widely known is that it is actually possible to share an egg donor.

A shared egg donation has several advantages, it is an effective and often very successful solution for many people in need of donated eggs. In New Life Mexico’s clinics this method is most commonly used by our same sex couples. The use of a shared egg donor means that both partners can become fathers, and that at the same time. This is a much appreciated alternative that makes the process and parenthood more equal for both of the intended fathers.

The Children Will Be Biologically Related

Not only will the use of a shared egg donor make both the men biological fathers, each one to one of their children. Another reason why the technique of sharing an egg donor is so popular among same sex couples is that the children will be biologically related. The babies will be genetically connected through the eggs from the shared donor and they are also genetically related to their respective father. The fact that the two children are half related is something that most prospective parents, and the children themselves, tend to value highly.

This is How Shared Egg Donation Works

So how does the process of sharing an egg donor work in practice? To be truthful the process itself does not differ very much from a non shared egg donation. The donor and the recipient of the eggs is prepared in the exact same ways as they normally would be. The only difference is that the retrieved eggs are split into two groups. Half of the eggs are then fertilised by one of the intended fathers and the other set by the other one. The embryos are then transferred to two different surrogate mothers.

Sharing the eggs from one donor has not shown any sign to decrease the number of successful pregnancies. The pregnancy rate is basically the same as if all the eggs of a donor are used by one and the same recipient. The only downside is that there will not be as many eggs left to freeze in case a second attempt has to be made.

To summarise it is clear that a shared egg donation is a very good alternative for intended parents who values the fact that their children will be biologically related to each other. It is also a very good way for both parents to have equally big parts in the parenthood. 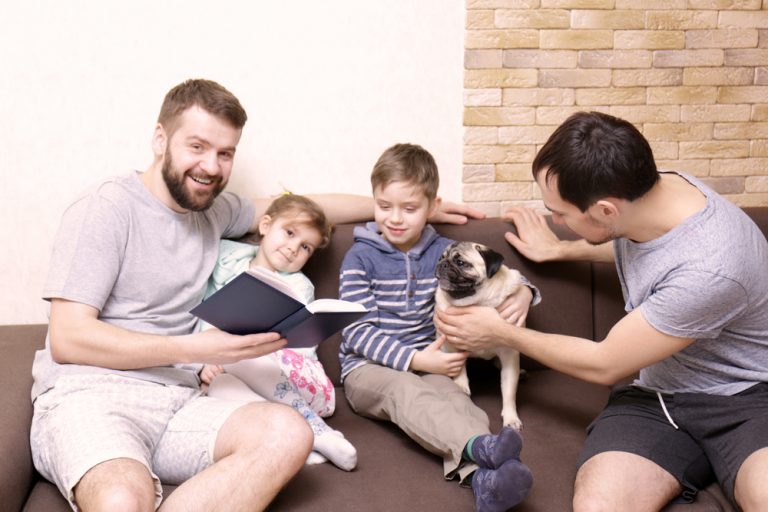