Why Gay Couples Make Awesome Parents, According to Studies

There is a subset of people who believe that children are better off “with one mother and one father” and that anything that deviates from that puts the children at risk.

Despite this prevalent belief, research does not support the view that gay parenthood is harmful to children. In fact, study after study shows that children raised by same-sex couples fare just as well as children growing up in conventionally heterosexually-led households.

Love is the main ingredient in happy families. Children need a supportive environment with attentive parents. Multiple studies show that the sexual orientation of the parents doesn’t matter. As long as the children feel loved and supported, and as long as the parents themselves have the support they need from their communities, then children are likely to grow up happy, healthy, and well-adjusted.

A Review of 48 Studies

Science backs this up. In 2014, the Department of Sociology and Center for Family and Demographic Research at Bowling Green State University performed a review of 48 studies on child well-being in same-sex parent families. They considered how the data was obtained across all studies, whether the studies were based on nationally representative data or convenience samples, how many children were in each same-sex family, the age-range of the children, and the type of same-sex parent family (meaning two dads or two moms). They considered how long each study followed these children – whether over the course of two years or an entire decade. Their findings were fascinating and shed light on how anyone can be a fantastic, loving, and supportive parent – regardless of their sexual orientation.

Research based on the NLLFS indicates that adolescents of same-sex parents experiences fewer social problems than a nationally representative age-matched sample of American youths.

University of California researchers followed 17-year-olds in The United States who were raised by gay parents, and they found that these kids scored significantly lower in social problems, rule-breaking, aggressive, and problem behaviors than their peers who were raised by straight parents.

No doubt, one of the best gifts a parent can give his children is a positive relationship with his partner. The wellbeing of the relationship between children and their parents is essential to the long-term health of the child.

Hopefully as we move into the future, we can cultivate a more tolerant and supportive society so these families don’t experience prejudice and bias against them. Gay parents must feel supported so that they can support their children. 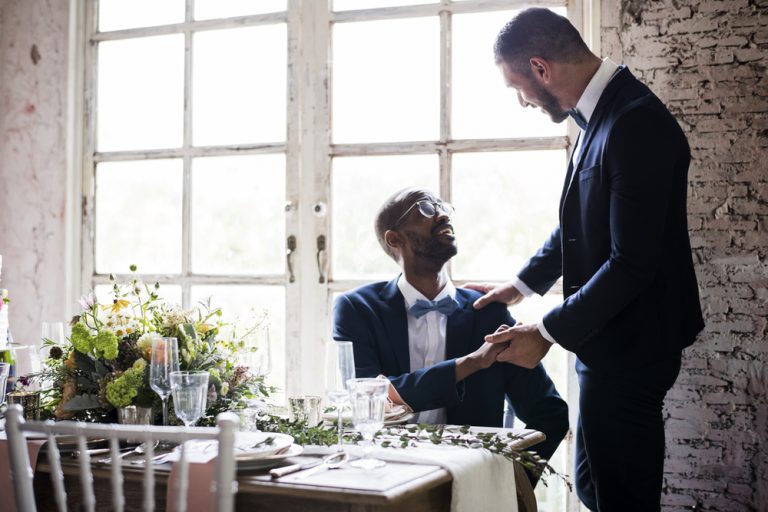